School Physicist of the Year 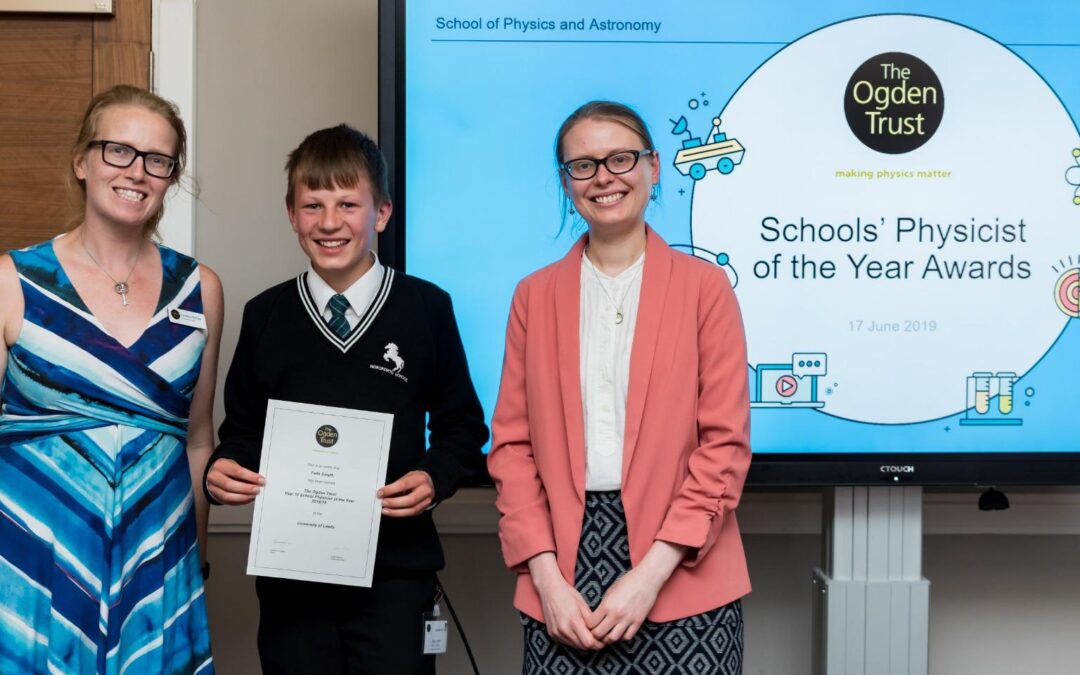 On 17 June, the University of Leeds held its annual School Physicist of the Year (SPOTY) awards, thanks to support from The Ogden Trust, a charitable trust that exists to promote the teaching and learning of physics.

The SPOTY awards are organised in association with secondary schools in the Leeds region to recognise outstanding efforts and achievements in physics.

Horsforth School had its own winner in Felix, who was nominated by the Physics department, not only for his high level of ability in physics but for his passion and excitement Felix brings to his Physics lessons, that have made him a really positive member of the class. Furthermore, his desire to succeed, enthusiasm to answer questions and willingness to go the extra mile have really impressed this year.

Well done Felix, a fantastic achievement to be recognised so highly.